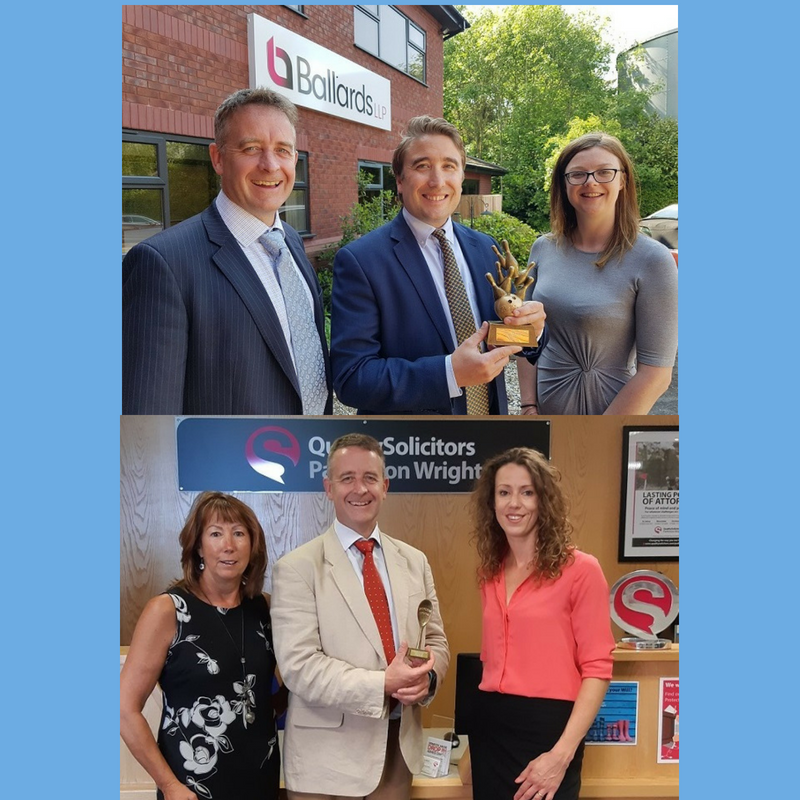 Bowling Triumph and Tears (of laughter!)

The annual Sutcliffe & Co and McCarthy Taylor charity bowling night 2018 saw over 100 professionals come from across the breadth of the three counties to pit their wits against one another in the bowling lanes and raise some funds in the process.

The fundraising event was in aid of St Richard’s Hospice and Cystic Fibrosis and, thanks to the generosity on the night and some matched funding from Barclays Bank, close to a staggering £3,000 was raised. The evening wasn’t just about raising money as there was some healthy competition between teams. There was little surprise when the winners Ballards were announced having comfortably swept the board – for the second year in a row.

James Syree, partner, Ballards LLP, commented: “Very happy that our considerable training has paid off and we are officially the best professional services bowlers in the three counties! On a more serious note, the evening is for two very important causes and our thanks to Sutcliffe & Co and McCarthy Taylor for organising.”

However, where there are winners, there are also losers and this year QualitySolicitors Parkinson Wright had the honour of the Wooden Spoon.

Fran Woods, QualitySolicitors Parkinson Wright, said: “We make every effort to enter at least one full team for what has become a superb, fun and competitive annual event, raising much needed funds for the local charity, St Richard’s Hospice, and also for Cystic Fibrosis.” In true competitive spirit, team mate Sandra Timmins added: “We are delighted to have won a trophy, even the Wooden Spoon – but in our defence we only had half a team!”

Hayley Arnold, McCarthy Taylor, commented: “The bowling night is a great opportunity for both raising money and networking but in a very relaxed atmosphere.”

Duncan Sutcliffe, director, Sutcliffe & Co, concluded: “It was again a great night with a very high attendance. Many thanks to TenPin bowling for looking after all the teams and making sure we had a good night of bowling and were well fed.

“We’re already planning the 2019 event and hope to raise similar, if not more, funds for St Richard’s Hospice and Cystic Fibrosis….and see if anyone can beat Ballards!”