A major overhaul of the Highway Code has come into force from 29th January 2022, including new rules to better protect vulnerable groups. 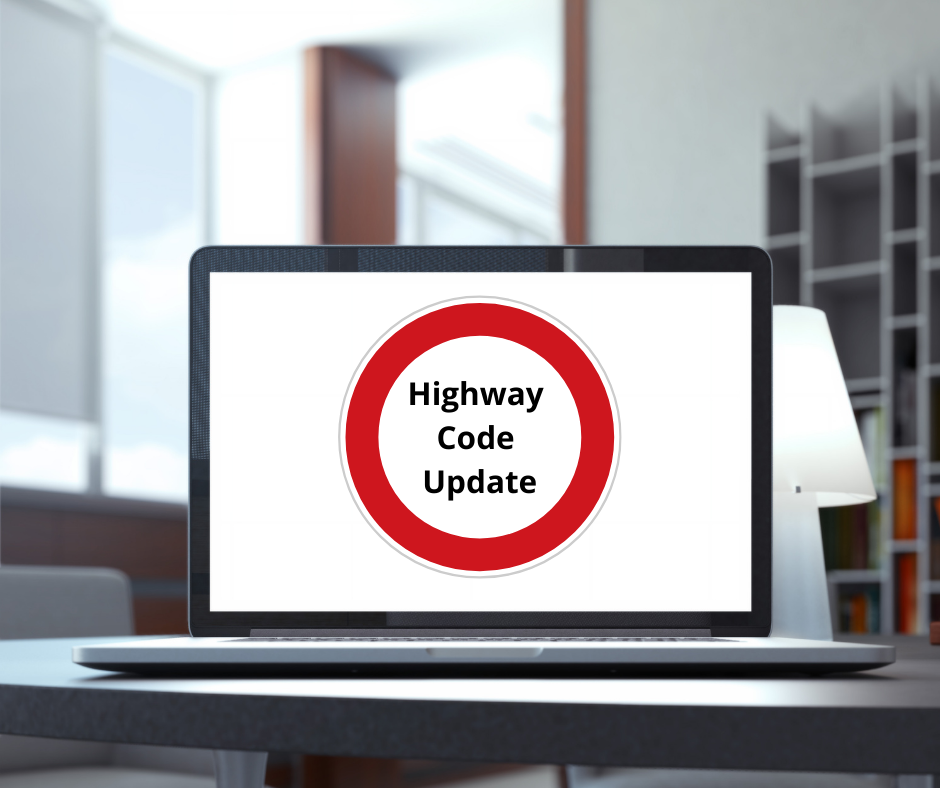 Did you know that the Highway Code has been updated?

A major overhaul of the Highway Code has come into force from 29th January 2022, including new rules to better protect vulnerable groups. It’s essential that all road users become familiar with the new regulations, including organisations that employ drivers.

Figures released by the Department for Transport show 4,290 pedestrians and 4,700 cyclists were killed or seriously injured on Britain’s roads from the start of 2020 to June 2021. The government has implemented the new rules to enhance protection for pedestrians and cyclists, ensuring everyone has an equal right to use the road safely.

The updated Highway Code follows a successful consultation that received over 20,000 responses from the public, businesses and organisations, the majority of which were positive.

The Hierarchy of Road Users

Among the most important changes to the Highway Code is the introduction of a new hierarchy of road users. The hierarchy places the most vulnerable groups—those with the highest risk of serious injury—at the top, as follows:

Groups towards the bottom of the hierarchy are less vulnerable to harm, so they have a greater responsibility to reduce the danger posed to other road users. While drivers of large passenger vehicles have the greatest responsibility, it’s important for all road users to be considerate of others and follow all Highway Code regulations closely.

When a pedestrian is crossing or waiting to cross at a junction, it’s now expected that all other traffic—including motorcycles and bicycles—should give way.

Additionally, the revised ruling applies to both zebra and parallel crossings. Before the revision, motorists were only legally required to stop at zebra and parallel crossings if a pedestrian was already walking across. Now, drivers, cyclists and horse riders are legally required to stop at crossings if pedestrians are waiting to cross.

New road positioning advice for cyclists is included in the updated guidance.

To aid visibility, new rules permit cyclists to ride in the centre of their lane on quiet roads and in slow-moving traffic. When riding on busy roads, cyclists should keep at least 0.5 metres away from the kerb edge.

Additionally, the updated code references cyclist groups. The revised regulations now allow cyclists to ride two abreast, particularly when accompanying children or less experienced riders. However, cyclists should maintain vigilance constantly of those around them. If people driving behind wish to overtake, cyclists should enable this by moving into a single-file formation or stopping when safe to do so.

The amended regulations cover information on safe passing distances for vehicles. These include:

Crossing a double white line (while the road is clear) to overtake cyclists or horse riders at speeds of 10 mph or less is also now deemed acceptable.

The code makes clear that when clearance distances can’t be met or it’s unsafe to do so, road users must wait and not overtake.

People driving or riding a motorcycle should give priority to people cycling on roundabouts. The new guidance states that drivers and motorcyclists should:

New guidelines are given for routes and spaces shared by people on foot, bike and/or horse. Walkers, cyclists and riders must respect the safety of each other. Walkers should ensure the path they take doesn’t obstruct those using other means of travel.

Furthermore, cyclists are asked to:

Added to the Highway Code is a new recommended car door opening technique called the ‘Dutch reach’. People getting out of a vehicle should open the door using their opposite hand (eg use their left hand to open a door to their right). This movement makes them more likely to turn their head and look over their shoulder, reducing the chance of the door being opened into the path of an oncoming pedestrian or cyclist.

Finally, the revised code incorporates advice for those using electric vehicle charging points. When using one, people should:

Nine sections of the Highway Code have been updated, with 50 rules added or amended. The changes are advisory, so non-compliance won’t directly result in a fine or prosecution. However, compliance with the code may be used as evidence in any court proceedings to establish liability.

Regardless, it’s essential for everyone to take note of the Highway Code revisions to keep themselves and others safe on the road. Many of the original rules in the code are legal requirements; if they are disobeyed, it is considered a criminal offence.

The government’s established THINK! campaign will be developing a communications campaign to support implementation. In the meantime, a full, updated version of the Highway Code can be found on the government’s website.

For more information about road safety, contact us today on 01905 21681 or email Enquiries@sutcliffeinsurance.co.uk.