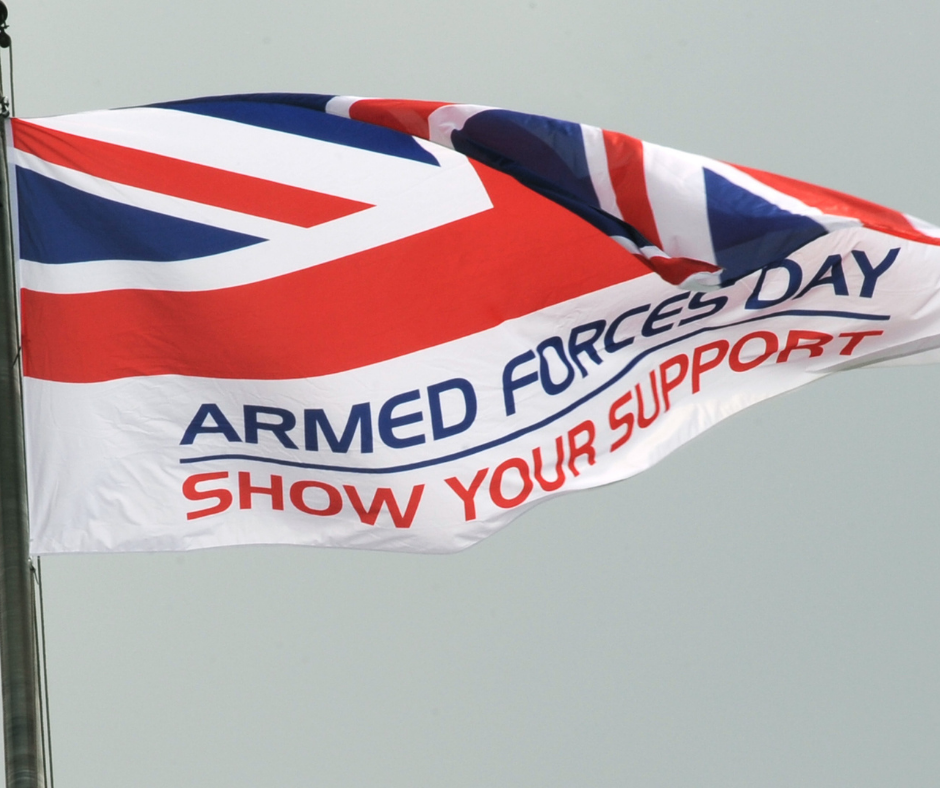 Show your support for the Armed Forces this Week

Armed Forces Day is held on the last Saturday June and this year will be on 26th June 2021. It is a wonderful opportunity to show your support and appreciation for the individuals and their families as well as serving, veterans and cadets.

Sutcliffe & Co are avid supporters of both Armed Forces Week and are a part of the Armed Forces Covenant, which has been our way to formalise the support that we have been offering military, ex-military and their families for many years.

It is a fabulous moral boost to both troops and their families for the public to show their support and celebrate the work that they do.

Duncan Sutcliffe, Director at Sutcliffe & Co, explained: “In our team, we have three ex-forces, me included. We also look after quite a few clients from a military background.

“We understand the pressures of serving, of supporting, and indeed transitioning from military to ‘civvie’! By signing the covenant, we are formalising our commitment to support serving, and retired, members of our armed forces and their families.”

Armed Forces Day follows Armed Forces Week which begins on 21st June when the armed forces flag will be raised on buildings and famous landmarks around the country.

If you would like to get involved in Worcestershire this year, there is an Armed Forces Inclusion Celebration for members of the community on the old Perdiswell Air Field between 09:00 and 18:00.

If you do get involved in any virtual or physical events, then use the hashtag #Saluteourforces to show your support to the troops. For more information about Armed Forces Day visit their website >>> https://www.armedforcesday.org.uk/