A help or a hindrance for insurance? 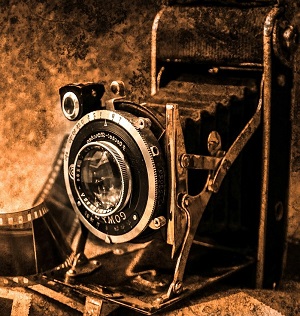 Why we love Dashcams

Duncan Sutcliffe, director, Sutcliffe & Co, was recently interviewed by the BBC about vehicle dashcams following a move by North Wales Police to encourage their use.

Duncan commented: “We have seen many examples where dashcams and other vehicle mounted cameras have been used in evidence following an incident. In a recent case one of our clients, who operates a fleet of trucks, received a solicitor’s letter claiming that one of the trucks had collided with their client’s vehicle and they demanded a substantial payment. Fortunately film footage showed the other driver had pulled across the truck’s path in a dangerous overtaking manoeuvre and then crashed off the road without even coming into contact with our client’s truck and narrowly missed a boy on the pavement. Without this film evidence it would have been very difficult for our client’s driver to establish their innocence as the written statement from the other driver was very convincing.”

The dashcam evidence quickly brought the claim to a halt and saved a fortune in legal fees, compensation and increased insurance premiums, as well as a potential prosecution for driving offences. In addition, it removed the stress and frustration of a fraudulent claim that can be so emotionally unpleasant.

The successful use of vehicle cameras and other technology in providing post-incident evidence has led insurance companies to actively promote their use, especially in fleets of vehicles and HGVs where insurance costs are higher. Insurance companies will often discount premiums if vehicles have cameras, or they may offer subsidies to install or upgrade cameras.

Modern camera systems can be extremely advanced, enabling 360° footage around the vehicle, which can even be used by the driver to assist with reversing. Some systems can also film inside the cab to show the driver was alert at the time of the incident and some are connected to GPS to show location, time and speed of vehicles – we have seen claims won when we could prove the vehicle was nowhere near the alleged crash site.

Cameras are not only useful in proving innocence; they can also speed up claims where the driver is at fault. Camera evidence will quickly resolve the claim cutting time and legal costs, therefore reducing the cost of the claim and disruption to all involved.

Duncan concluded: “While we’re not at the stage yet for dashcams to be mandatory, with vehicle insurance premiums increasing and fraudulent claims impacting across the UK, we seriously recommend you consider the benefits of vehicle cameras.”

If you would like more information on using cameras and other technology to reduce your insurance costs and improve risk management and how insurance companies can help you, please get in touch. If you manage a fleet of vehicles then our fleet insurance policy could have many advantages to you too.